Unturned – survival in the zombie apocalypse

An indie game released in 2014 and still actively updated. The game is free-to-play, in the genre of a shooter with shades of Survival horror. In this game you will encounter zombies, bandits and other players, you will need to find food, shelter, possibly build your own lodging for the night, craft and look for weapons. The map is quite extensive and full of loot (useful things that you can find), but other treasure hunters can get ahead of you. Try your hand at survival with this game. 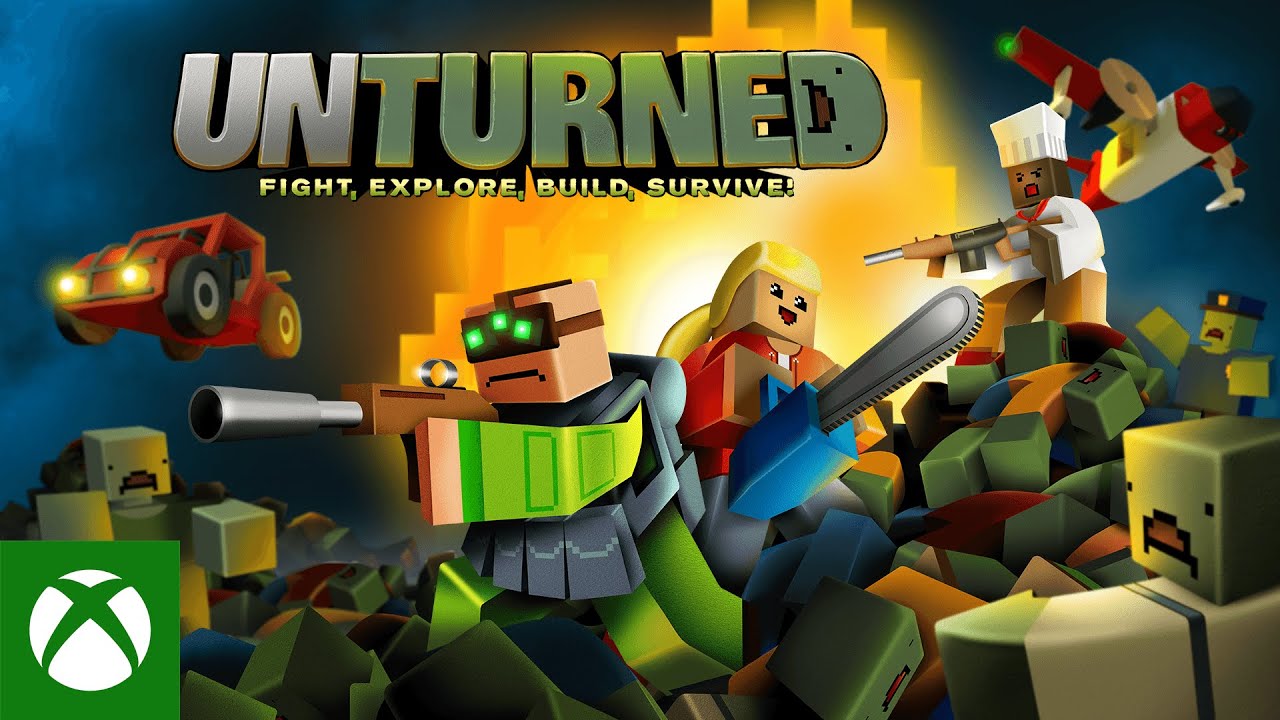 Unturned has several maps and modes. Each map has its own notable buildings, loot points and two modes: survival and arena. The arena is available only in multiplayer mode - players can team up or play alone. Useful items will be scattered around the map that players can use to win, but someone may not have time to get to the cherished weapon or armor, then they will have to come up with something else. The winner is the one who survived until the end of the game and didn’t fall outside the map.

Survival mode can be both PVP and PVE, that is, with enmity between players and "peaceful" survival among zombies, NPC bandits, radiation and natural needs (food, water). Survival mode can be both PVP and PVE, that is, with enmity between players and "peaceful" survival among zombies, NPC bandits, radiation and natural needs (food, water).

As Unturned will test your survival skills, so we will help you start your journey in this game, call your friends or gather alone and hit the road.