Called GTA SA in popular parlance, the cult part of the equally famous Grand Theft Auto series, created by the Rockstar Games studio. A game that has greatly influenced the gaming world as a whole. In it, you will feel like a member of the Grove Street criminal gang, which holds certain areas of the city of Los Santos (the prototype of Los Angeles), one of the gaming cities. You will face difficulties: corrupt cops, enemy criminal gangs, making money, betrayal and even love lines with female characters. It’s never too late to experience this masterpiece. 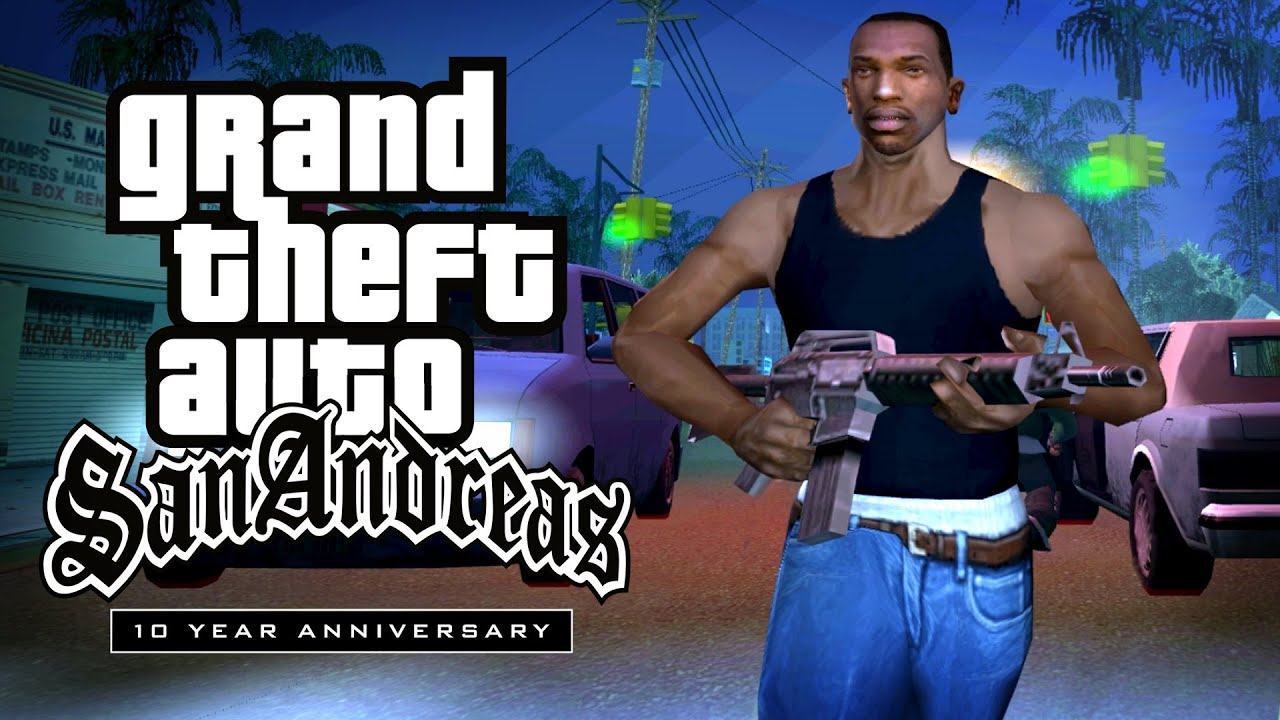 At the beginning of the game company, you will find yourself at the station, you will see a black guy named Carl Johnson, nicknamed CJ (CJ), a little later, when the main character is driving in a taxi, their car will be stopped by a police car. Carl will be asked to come out with his hands up and lie down on the floor. The officers will make an arrest, taking money from him, something is clearly not clean here, these are not just cops - these are corrupt cops who sharpen their teeth on Johnson and apparently on the group he belongs to. Further, the main character is thrown out without money and things on the streets of the enemy gang Ballas. Having figured out how to leave the enemy area undamaged, Karl arrives at his home street to close friends and learns the sad news. Further, the plot will develop around CJ, various gangs, mafias, police and other personalities. You will visit all three gaming cities: Los Santos, Las Venturas (the prototype of Las Vegas) and San Fierro (the prototype of San Francisco). When people played enough of the GTA: Sa storyline, played a lot of mods and various modifications, everyone seriously thought about the multiplayer of this wonderful game. In 2006, the San Andreas Multiplayer modification, better known as SA:MP, was born, the SA-MP Team developed this mod, and this year people first tried to play multiplayer. At the beginning, test servers were created to test stability, after, on subsequent versions there were Deathmatch and Drift servers, on the first type of servers people were given various cards and a bunch of weapons with which people competed who shoots and hits better, and in the end wins. On the second type, people drove around in cars, arranged races, drifted, and so on. There were also parkour servers and many others, but they were more likely to be part of a drift or deathmatch complex. Then, the largest servers began to appear with the Role Play mode (when people play their character, following his biography, profession, etc.). Such servers were assembled for a thousand players on one server. You could play anyone you wanted: a bandit, a medic, a policeman, a drug dealer, a slave owner, a taxi driver and many others.

We will help you create your own game atmosphere, with your own mode, friends and other players, enjoy the game using our services, we look forward to seeing you!